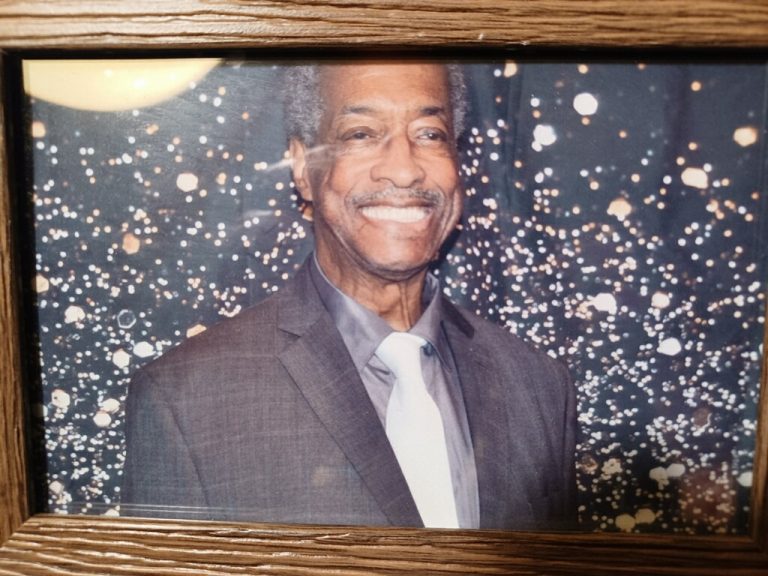 William P. Wallace was born, October 8, 1938 in Asheville, NC. He was the first child born to his parents Carrie L. (Austin) and Alonzo Wallace. William’s early childhood and young adult years were spent in Orange, NJ, where he was affectionately called ‘Poppa’ or ‘Pop’. He was known for his athletic leadership in track. He was Captain of the Orange High School Football team and also involved in other community activities.William was baptized and joined the Union Baptist Church, Orange, NJ at 16 years of age. He joined the choir and his passion for singing never waned. William served in the US Army as a Radio Operator, stationed in Germany. He received an honorable discharge. William relocated to Westwood, NJ in 1969. He joined the Mount Zion Baptist Church in Westwood where he was a faithful member for over 50 years. He sang in the choir, taught Sunday school and served as an ordained Deacon since 1986.William was fondly known as ‘Bill’, ‘Uncle Bill’ or ‘Deac’ by many. He had a passion for life and doing life “his way”. He loved spending time with family and friends. He also enjoyed eating, traveling, reading and engaging in fun activities. He sang in several choirs and at various venues. He was extremely honored to be a member of the North Jersey District Missionary Baptist Association Mass Choir and having the opportunity to sing at Carnegie Hall on multiple occasions. William worked primarily in sales and held various positions prior to retiring.William departed this life on Thursday, November 18, 2021.He was preceded in death by his wife; Jean D. Wallace, his parents; his brother; Charles Wallace, step-sister; Madeline Thompson and other beloved family members and in-laws.William leaves to cherish fond memories: his son; Michael Wallace of Acapulco, Mexico; daughters; Casandra of Westwood and Keirsten Wanamaker (Henry) of New Rochelle, NY, grandchildren; Myia Wallace, Justin Wallace, Jason Wanamaker, Corey Wanamaker, Zayid Cobb, great-grandchildren; Lailah, Cailb, Kayla, Michael and Liam, four sisters-in-law, one brother-in-law and a host of beloved cousins, nieces, nephews, extended family and special friends.